The Bible is showing the different perspectives between the House of Israel and the House of Judah. God commanded to the House of Israel to be a blessing for all generations on earth. According to the Bible in Isaiah 65:15 the name of Judah would become a curse. Furthermore: the Bible also tells us that God would spread the name all over the world through mockery and scorn. This curse would last until the people would receive God’s grace in the “end times”. Prophets also have indicated to each of both Houses God’s inspired, promises, warnings and threats.

Reading judgements and prophecies of Jeremiah clearly show the difference between the House of Israel, and the House of Judah. The tribe of Judah would be uprooted in all countries without a geographical inheritance. Judah would be mocked and cursed everywhere they were dispelled to. At that time Israel already was in captivity. 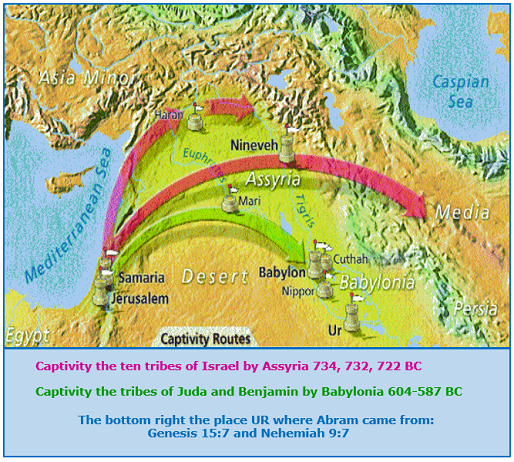 The House of Israel: Israel as a nation would “get lost” a people that would be blind for its own identity.

Out of Israel nations and a company of nations will come forth.

Israel would be called after Isaac

In three parts, to be continued part 2